The Future of Affordable Housing in the US 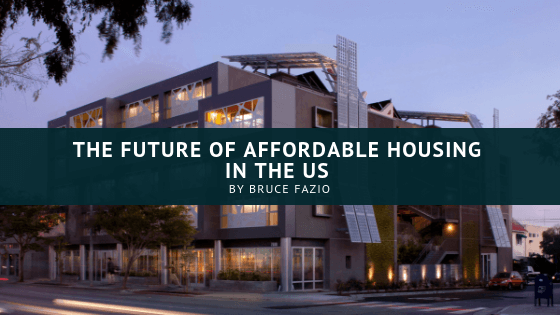 It’s a fact: For every 100 families living in poverty on the West Coast, there are no more than 30 affordable homes. In truth, there is no state in the US with more than 59 affordable units for every 100 needy families. Even the best case scenarios are falling far short of what is needed.

It really shouldn’t be any surprise. In the first half of the 20th Century, SROs (single room occupancy) were a common form of low cost, market-rate housing. But up to 80 percent were torn down during the 1960s and 1970s, most likely due to the coming of age of the unprecedentedly well-heeled Baby Boomers. They simply didn’t need such cheap accommodations. For those unfamiliar with the term, SROs are a form housing aimed at those with low incomes. These occupancies include a single room without any amenities like kitchens, toilets, or bathrooms and they are rented as a permanent residence to individuals within a multi-tenant building that includes those amenities within a shared space.

However, the generations since could use such accommodations. In the decades since World War II, the demographics of the country have diversified away from the Nuclear Family model that inspired the birth of the modern suburbs following the war. People are delaying marriage, having kids later, having fewer children and so forth. There are more single people, more childless couples and so forth.

But these people really have to place to go that is genuinely designed for their budget and lifestyle needs. The default assumption across the country is that young, single people should rent an apartment or house designed for a Nuclear Family and then come up with roommates to fill all the bedrooms and cover the rent.

Although a lot of people look to Europe for inspiration, that is unlikely to translate well to the realities of the fabric of infrastructure and lifestyle on this side of the pond. The co-housing projects so popular in Europe are nigh impossible to even finance or fund in America. We simply don’t have the same financial mechanisms in place.

What the US needs is to rebuild the smaller living spaces that were so common in the American past. If such units are available in a densely built, walk-able neighborhood with good transit, low rent plus no need for a car can once again make life work for young people living alone on entry level incomes.

The US was able to do this well before the internet or scads of billionaires ever existed. It shouldn’t be difficult to recreate such options, assuming the political will to do so exists.